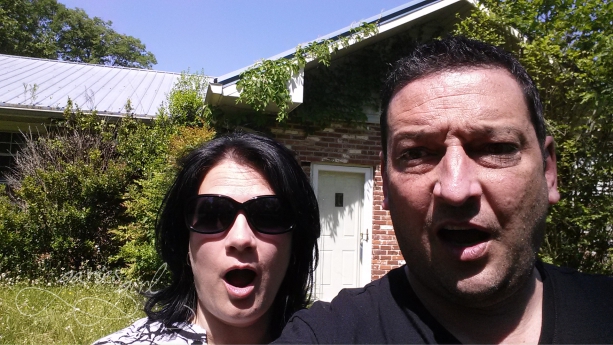 In 2015, we bought a Fixer Upper on a large(r) piece of land just outside Rome, GA.  Now, this house had some challenges for sure!  By the time we moved in, the yard was an overgrown mess, the frog filled pool green and marshy, and the house….  well, the house was special.  Small windows, dark brick, and wood paneling made the house feel dark and dungeon-like.

Our plan was to get this house into shape, by doing most of the work ourselves and spending as little money as possible.  Since almost every room in the house and a lot of spaces on the outside needed some form of updating, I decided on a “one room at a time” plan.  I was going to update one room or area of the house at a time and was not going to allow myself to start on the next room, before finishing the last one.

Shall we start with the front of the House?

While we were unloading the Budget truck, Pieter’s colleague and our first friend in Rome, came over to mow the front lawn.  Sherri was battling chest-high grass and weeds all morning long, but we were finally able to see what our new house really looked like from the front. 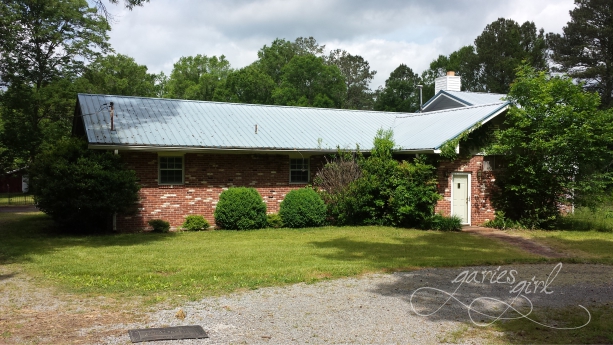 We knew we needed a riding mower for the rest of the property, and that was going to be a big expense very early on.  Didn’t have much of a choice with over 2 acres of lawn.

Our first day in the new house was spent moving all the furniture and boxes into the house, and getting everyone a place to sleep that first night.  David and Ilse were helping us with the move and were spending the night too.

The house had four good size bedrooms and our furniture was a good fit.  Beds got set up first and once I got the bedding unpacked, we were in good shape. 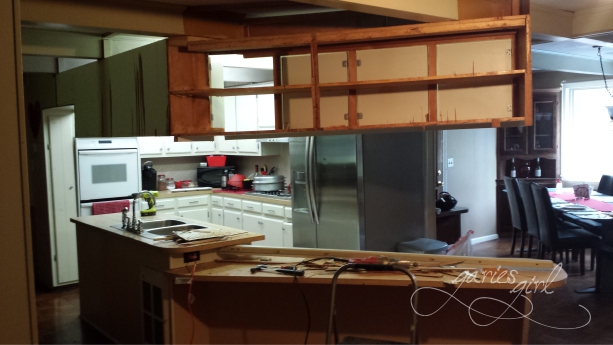 Ever since seeing the house that first time, we knew we were going to take down the sight/light blocking upper cabinets in the kitchen.  While we didn’t really plan when David just started pulling on them and the next moment, the men had the tools out and were taking them down.  Also coming down, was the drop ceiling attached to them.  We were left with the exposed fluorescent lights and some discolored ceilings (which I later painted), but what a difference this made! 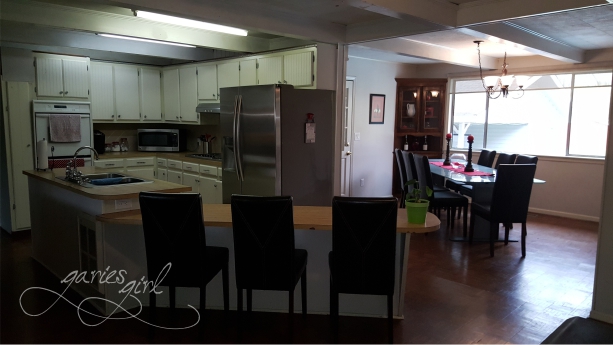 By the end of the weekend, all our furniture was placed and every room had a collection of boxes and bins that needed to be unpacked.  David and Ilse went back to Atlanta and Simon and Sidney went with them, to complete their final two weeks of school before Summer break.

Everybody was coming back again that Friday and they were expecting to use the pool.

Next up – Fixing up the Pool Area!